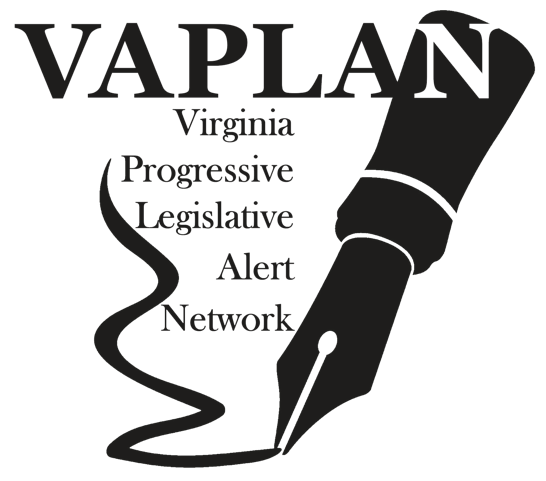 This has been a crazy and exciting General Assembly session! VAPLAN has been tracking bills all session, and recording votes. For the last two years since we began, we have put together a cross-issue legislative scorecard, ranking legislators based on how progressively they voted. Although special interest groups often create scorecards for particular issues like guns, the environment, or business, ours is the only one we’ve seen that covers multiple legislative areas to measure overall progressiveness. We’re happy to announce the third annual VAPLAN legislative scorecard! Before we get to the scores, a few important caveats are in order:

Without further ado, here are the highlights. Full scores are available here.

Top Scores in the House:

The scorecard is calculated from the votes on 89 bills that came up this year, on topics from the environment, campaign finance reform, criminal justice, gun violence prevention, LGBTQ discrimination, and more. For every progressive vote a legislator cast on a bill (either in subcommittee, committee, or on the floor, depending on where the last vote was taken), they scored one point; for every non-progressive vote, -1. Additionally, we assigned plus or minus points for signaling intent to vote by co-sponsoring a bill. Any bill that the legislator had no vote on (either from abstaining, absence without recording intended vote, or from not being on the committee where the bill was voted on) is scored a zero.