Shine a Light on Sentencing Guidelines to Potential Jurors 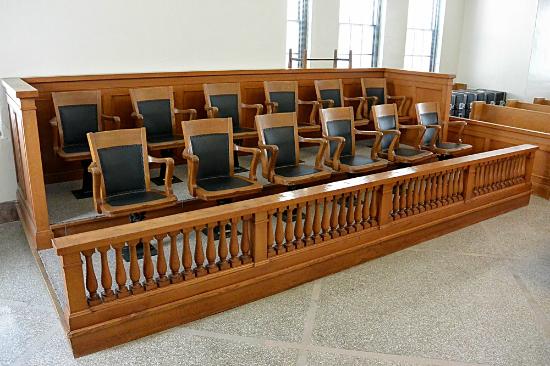 “We treat our jurors just like mushrooms. Keep ’em in the dark, and feed ’em manure.” This joke, popular earlier in my career but as applicable today, suggested itself to me when I saw HB 100, filed by Del. Lindsey (D) Norfolk/Va. Beach. It’s a very short bill (unlike the 80-page marijuana legalization bill I was planning to post about this morning). Here’s the link: [https://lis.virginia.gov/cgi-bin/legp604.exe?201+ful+HB100](https://lis.virginia.gov/cgi-bin/legp604.exe?201%20ful%20HB100)

It seeks to solve a problem for litigants and their counsel created by our bifurcated jury trial process whereby the guilt phase of a jury trial is (in the case of a guilty verdict) followed immediately by a sentencing proceeding, but the jury selection piece happens at the very beginning of the trial. That part, which we call “voir dire” because a little Latin makes us sound smarter, generally doesn’t permit information or engagement on the topic of sentencing.

Virginia’s Supreme Court has ruled that, “in a non-capital case, neither the defendant nor the Commonwealth has a constitutional or statutory right to question a jury panel about the range of punishment that may be imposed upon the defendant.” Commonwealth v. Hill, 568 S.E.2d 673, 264 Va. 315 (2002). Del. Lindsey’s bill seeks to provide that statutory right.

Most of the time, criminal justice practitioners think of the opportunity to voir dire potential jurors on sentencing as a benefit to the defendant. Mr. Hill’s lawyer, a City of Richmond Public Defender, wanted the jurors to know that there was a five-year minimum prison sentence that they’d have to impose upon conviction. As defense counsel, I usually wanted to know whether any of the potential jurors had their own personal mandatory minimum sentence in mind for the offense(s) under consideration. A defendant is entitled to have jurors who can impartially consider the full range of available punishment, and the only way to sensibly question them about this is to inform them of the range.

However, I suggest that prosecutors (note the “nor the Commonwealth” bit in the Supreme Court’s quote above) also have an interest in questioning jurors about sentencing in voir dire. That interest is illustrated by the result of a murder case I handled as a line prosecutor in Richmond over a decade ago. I usually only tell stories in which I’m the hero, but this is my best example of the phenomenon: My jury acquitted the defendant of murder, but convicted him of using a firearm to commit the murder that he was found not guilty of having committed. The firearm conviction carried a mandatory three-year prison sentence, no more and no less. Juries are allowed to return inconsistent verdicts, so we were stuck with it. My nonplussed second chair counsel was able to speak with a couple of the jurors before they went home. They explained that some of them believed a murder conviction would trigger the death penalty, to which they were opposed (it wouldn’t have), and the group had compromised by acquitting on the murder with the understanding that they would impose a thirty-year sentence on the related firearm conviction. They then felt betrayed to learn that they were limited to the three-year sentence for a man they all concluded had shot another man to death. If we had been able to voir dire on sentencing, this injustice would have been avoided.

So, I suggest that HB 100 would be a sensible improvement to our criminal justice system. If you agree, I hope you’ll encourage the relevant committee members, then your delegate, and finally your senator to support it.

Thank you for your patience and attention.