A Day in Portsmouth with a Progressive Prosecutor 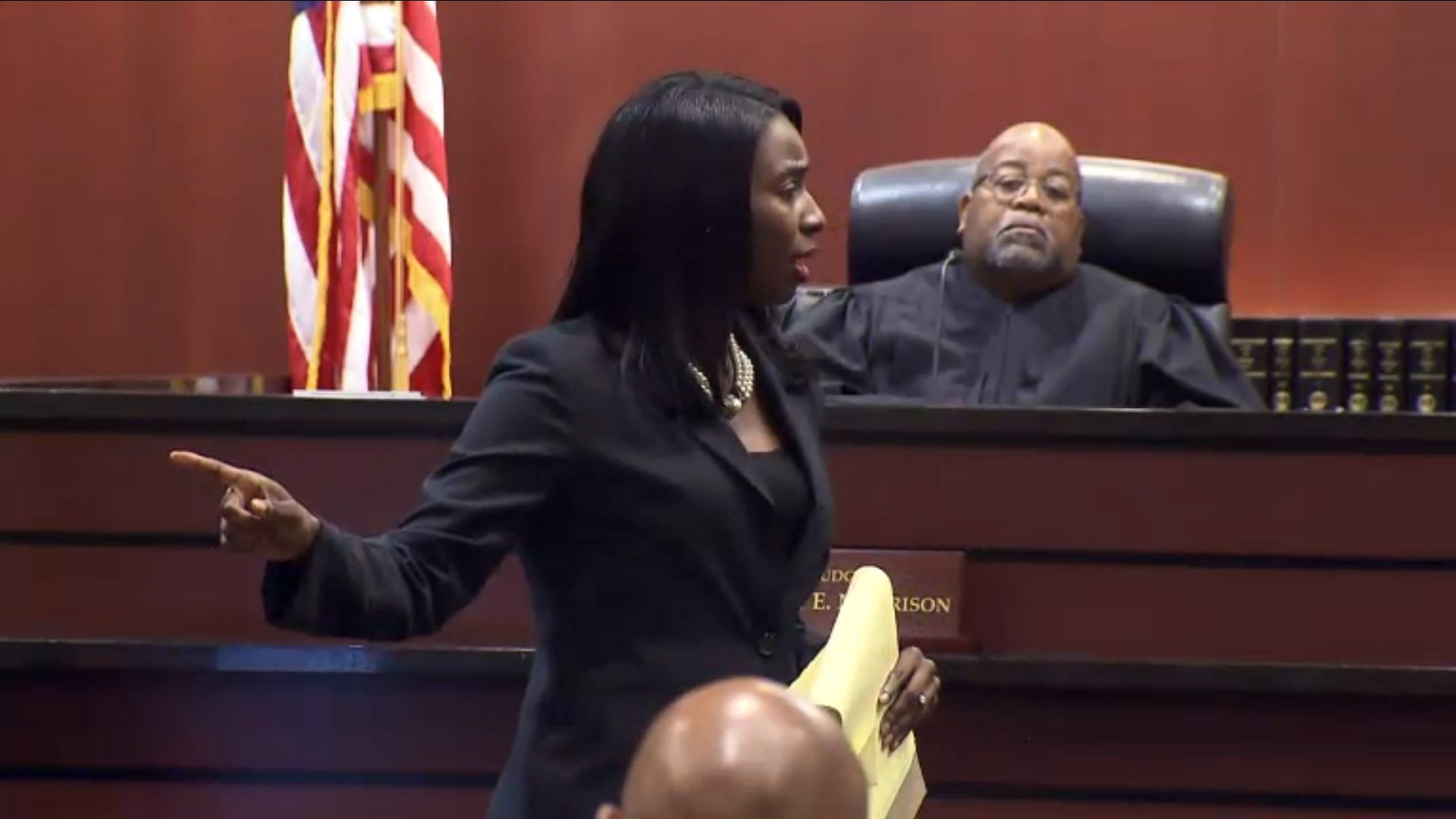 The Commonwealth’s Attorney is a strange role. Because the county or local government is essentially their client (i.e. cases are named Arlington County vs. John Doe), it’s an elected position. Voters who perceive that their communities have a problem with crime (maybe because the news and tv skews their perception) are likely to vote for “tough on crime” Commonwealth’s Attorneys–typically Republicans.

And how “tough” your Commonwealth’s Attorney is really does make a big difference, because these prosecutors have enormous discretion–in what cases to charge, drop, or plead out. They decide whether to prosecute simple marijuana possession cases, whether to file charges for driving with a license suspended for unpaid fines and court fees, whether to ask for cash bail, whether to institute robust drug courts and diversion programs, and so much more.

I’ve heard the Commonwealth’s Attorneys in Northern Virginia speak about the criminal justice system, and they don’t sound like me. They don’t reflect my values or my beliefs about mass incarceration, about the school to prison pipeline, about the importance of undoing the systemic racism the criminal justice system was built on. For a while I thought perhaps that was just how prosecutors were–that it wasn’t their job to worry about the fairness and equity and efficiency of the system itself.

But then I heard Portsmouth Commonwealth’s Attorney Stephanie Morales speak at an NAACP conference on criminal justice reform. She talked head on about the flaws in the system, the discretion of the prosecutor’s office, the explicit and implicit racism that needs to be rooted out. And she viewed it as the job of her office to examine itself, to monitor its own behavior, to seek out ways to reform itself. I was starstruck, to say the least.

Ms. Morales has made quite a name for herself since winning election to the position in 2015. She is one of a very small group of prosecutors to have ever successfully convicted a police officer of manslaughter, for killing an unarmed black teenager. She recently conducted an investigation of the death of a mentally incapacitated inmate while in the custody of the Hampton Roads Regional Jail, where he was awaiting trial for trespassing and petty theft of $5 of snacks from a gas station. And she made headlines last September for starring in her 14 year old son’s `Sundress Season’ rap video.

So a couple weeks ago, I drove down to Portsmouth with my daughter (who’s in law school) to shadow Ms. Morales for a day. Her office was in the middle of a murder trial, and it gave us the chance to talk about some of the issues that come up in serious criminal cases. We asked her about the death penalty–this murder, in the commission of a robbery, is eligible for charging as a capital murder. She hadn’t considered seeking the death penalty–in fact, she’s never sought the death penalty; but wouldn’t quite rule out that someday she might have a case so serious that she would. She found it appalling though that some prosecutors use the threat of the death penalty to coerce plea deals out of defendants–or that they use it to coerce a defendant into testifying that someone else hired them to commit the murder.

She’s a progressive, reform-minded prosecutor. She doesn’t seek jail time for any marijuana possession cases; she’s actively working with the pretrial services agency to figure out how best to reform the cash bail system; she works with those who are caught driving with a suspended license to help them get their license back. Unlike my own Commonwealth’s Attorney, she signed onto an amicus brief supporting McAuliffe’s attempts to restore voting rights automatically to those who have served their time for felony convictions.

She views engaging with the community as something that is integral to her job–enhancing public safety by preventing crimes. She looks for any opportunity to visit kids in local schools to show them what they can aspire to, what options are available beyond what they see in their own neighborhoods. Her ‘booty pop’ video may have earned her some upturned noses from the local political elites, but to the kids in school, it showed them that the prosecutor isn’t some official to fear, but rather a regular person like them.

We talked about Ms. Morales’ participation in the Virginia Association of Commonwealth’s Attorneys (VACA). She admitted to not having paid as much attention to the lobbying that VACA does on her behalf, and said that she kept her membership just to have a seat at the table, but that she’d never voted on any official VACA position. She was extremely displeased, then, to learn that VACA had testified against things like decriminalizing marijuana (which they testified last year the Commonwealth’s Attorneys universally opposed), raising the felony larceny threshold to $1000, prohibiting the death penalty for those with severe mental illness, and mandating recording of police interrogations, which my Commonwealth’s Attorney, Theo Stamos specifically testified “codifies the idea that police are untrustworthy.”

While we were visiting, Ms. Morales brought in some of her newly-hired prosecutors for what she called a procedural justice exercise. She asked them to think about and discuss the roles and responsibilities with regards to procedural justice of each of the parties in the criminal justice system–the prosecutor, defense attorney, defendant, victim or witness, and law enforcement. A heavy and serious conversation ensued about due process, about treating everyone involved with dignity and respect, about imagining your family members in the faces of the parties–because in these moments you’re seeing people at their lowest, whether it’s the victims, the witnesses or the defendants. They talked about checking themselves for bias, looking for and calling out problems in the process and the system. They continued the exercise with a discussion of the role of the prosecutor in addressing implicit bias–looking at the various sources of bias, and how to be aware of one’s own biases and challenge the inner dialogue that convinces them of someone’s guilt before they’ve seen the facts.

I learned from Stephanie Morales that it’s possible to be a successful prosecutor and also want to reform the criminal justice system. It’s possible to keep the community safe, while also treating the accused fairly and equitably. She is an incredible asset to her community–her values are aligned with those of the people she serves, and she works to build a stronger community through her service. And this is exactly what I want for my community.